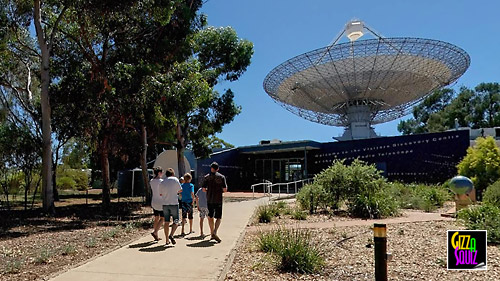 The Dish as it is commonly called is located around 20 klms from the New South Wales country town of  Parkes, Australia. It is a radio telescope that was used during the Apollo moon landing (Read More) Measuring a whopping 64 metres across (210 feet+) and still fully functional. "The Dish" was made more famous with the release of the movie  of the same title in the year 2000.

I shot 6 images in rotation (@ 60 degrees) tilted 15 degrees down, 1 up/zenith shot tilted up 65 degrees, 1 hand held down/nadir shot at a wobbly 90 degrees approx and an extra shot to get catch the Australian Flag in the breeze so I could edit it in later.

If you know the "secret" then everyday is a good day!

Quote: Originally posted by realtor jerry on January-04-2009 Great as always Smooth. Is Gizza Squiz going to be a new site of yours.
Question: If you only take one zenith shot tilted up 65 degrees, how does that cover the entire zenith?

Gizz-a-Squiz is a website I plan to get into when I can find some time. 65 degrees is more than enough to cover the Zenith although Panoweaver cannot handle this style of stitching at this stage.

Today I added my final panorama of 2008 online. 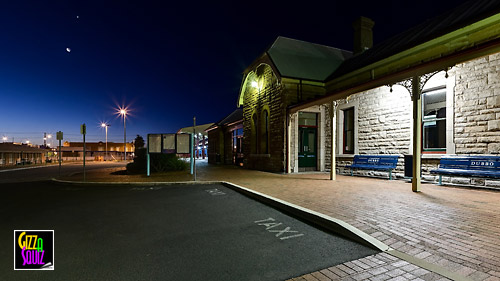 This one was shot with the Canon 5D, Canon 15mm Fisheye and Bracketed over 3 shots -2ev, 0ev and +2ev with the overexposed images taking 29 seconds each. I shot 6 in rotation -15 degrees and 1 up/zenith shot at +65 degrees. I totally faked the nadir and I know it is not perfect, I faked it simply because I couldn't hold the camera anywhere near still enough for a 29 second exposure. Also I was carrying limited equipment. So New Years Eve for me was a quite affair shooting this old sandstone railway station whilst away for a few days with the wife and daughter in country New South Wales.