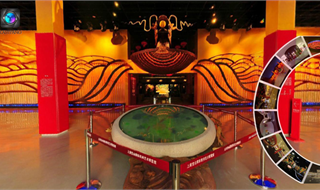 How to make a virtual tour like the above?

Tourweaver offers various templates, so just add the 360 panoramas in your tour project and a VR tour is created automatically. If you want to use your own design, just choose a blank template and use your own background image, buttons and etc. on the mainwindow.

Besides 360 panoramas, you can also use still images, floorplans, hotspots and radars in the VR tour. For all the tour components, you may change the values in properties and for some of them, like buttons, you can add actions like external links and switch to next scene. View detailed video tutorial on how to use Tourweaver to make high quality Flash VR tours

How to upload 360 virtual tour?

Simply upload all the published tour files to your web server and find the *.html file to open the tour. Or use embed codes in the index.html file to embed the tour in your webpage. You may also uploade your tour to EP-Sky and embed the tour to your blog or website.